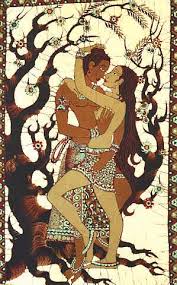 The oldest mention of male genital piercing is believed to be in the Kama Sutra. The Apadravya is said to be exceptionally good for enhancing pleasure, both for the man who bears it and for his sexual partners, whether male or female.

The Apadravya can be completed in either one or two sessions. When done in two, the first session creating a Prince Albert, as we recently covered, and the top half of the piercing being completed after healing.

The Apadravya is normally centered, though it can be occasionally set off-center. Even in such a case, the bar still usually runs through the urethra. Rarely, the shaft instead of the glans is pierced in this manner, called a shaft apadravya, but many piercers do not perform it that way.